Are you an attention loving person? 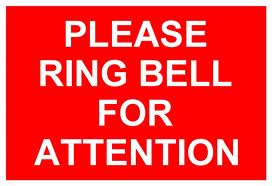 I mean, do you love being the center of gravity? Do you love being the focal point, the topic of discussion?
In relationships, do you love your other to just keep talking about you  and to you everytime?
A girl i know gets really pissed with her boyfriend if he doesnt call her at least 4 times a day. says it shows she wasnt on his mind, that he wasnt thinking of her. (She seemed to forget that calling is a 2 way thing).
Anyway, while some people will do everything to get out of the spotlight or be stifled with attention, i know some people just love being attended to - in whatever way conceivable.

Are you one of the former or the latter?

I think i am the latter *embarrased look*
Posted by Amaka's Notepad at 17:31 6 comments:

Why do women cheat? 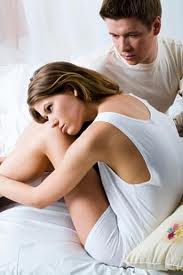 I came across a really interesting article in a magazine. I thought to share it with you guys here and see if you agree with the writer. I will try to summarize it as much as possible.


"Although woman have not surpassed men in the cheating scale, more married women,now than ever before, are sleeping with other men aside their husbands. Here are the top 10 reasons women cheat....
In my oppinion, the writer duplicated the major reason over and over - The major reason is 'Lack of Effective Communication'. Most of the 10 points can be summed by that one major reason.

What do you think?

Who do you trust? 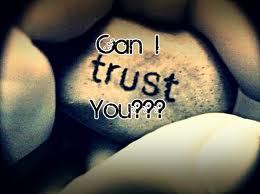 Monday was a public holiday here in naija, and while i was lounging and lazying about at home, my colleague and dear friend was having her heart broken by a family member she trusted and had accomodated for over 5 months.

What happened? My friend (hereafter referred to as 'she') met someone on facebook who claimed he was family. She made consultations and truely the guy was her 2nd cousin. But since she didnt travel home a lot, she didnt really know him or his siblings. The boy said he was in the States and would be coming to Lagos soon. He asked her if she could accomodate him. She obliged and the guy came to her house. A visit she thought would last for a day or 2 turned to weeks into months. She didnt complain cos she had space in her house. As the guy stayed, she began trusting him and letting down her guard. 2 weeks ago, she was a bit down and needed to give someone some money. Here was where she made the mistake - she gave the guy her atm card to go help her withdraw money to give the person. He did that and all went well. Monday morning, she woke up to find the guy's stuffs gone and some few minutes later, debit alerts from her accounts started flying into her fone! Before she could say 'jack robinson' 120k don develope wings fly comot from her account!!!

Classic case of "biting the finger that fed you"

A text also came in from the guy's number saying "I am not a thief, i know what i am doing. I am out for revenge. My father told me all your father did to him, how he killed him and i am here to wreck vengence so my father's soul can rest in peace". Can u imagine?

My friend's father died in 1992 and this guy's father died in 2006. How could a man dat died 14years earlier have possibly done??? Ok, lets assume the 2 fathers actually had something going on, who is this guy to come and exert vengence after being taken good care of for so long? Was that text just an excuse for his robbing behaviour?

So many questions, no answers. The guy has switched off his fone (a fone my friend got for him), has de-activated his facebook account and generally gone incommunicado.
Its just so sad lenghts some people can go to repay kindness. Makes one wonder if helping people is worth the stress.

My philosophy, though, is this - keep doing good. It hurts when you are repayed with evil but God sitting on the throne will make you smile at the end.