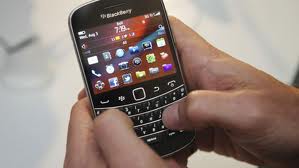 A good friend of mine is about to break up with his girlfriend.
Not news right? Break ups happen everyday. Yeah. True but this circumstance is quite funny or quite silly - depending on where you are standing.

My friend has been going out with this girl for like a year now. Its been great till she made him buy her a bb bold 2 as christmas present. The nightmare started. The discussions between them started becoming thinner and thinner with the girl even pinging him when they are together in the house! She loves that bb like a baby and guards it as such. Lately, she has started living a bit larger than what my friend is used to (he has been the one having to give her money and buy her stuff cos she works in a place where she gets paid very little) She doesnt ask him for money as she used to anymore but still maintains (even superceeds) the standard where my friend has placed her.
When asked where she gets the money she automatically goes defensive - are u suspecting me of cheating on u or what? My friend wants out but is looking for a concrete reason.
She gave it to him 2 weeks ago.
My friend recieved a ping from her late one night and the ping read something like "yes oo, me too. really enjoyed it. Didnt know i could come (orgasm) in the 1st round of making love. It used to take me so long to, or not at all sef *insert blush look* Thanks to you, i can now experience what i have been missing"
(would have inserted the chat here but my friend deleted it after he showed it to me cos he said he doesnt want to see it again)
My guy almost passed out.
He buzzed her with "??????". No response from her. The next morning, very early, she came to his house to say that she woke up this morning to realize that her sister was using her fone to ping her boyfriend and that at a point she (the sister) mistakenly sent one of the chats to him (my friend)
My friend is having none of it. He doesnt believe her story and has told her so. He says it is over between them but she is having none of it. She has told everyone she can possibly tell - my friend's mum, his friends, his elder sister. She says its a huge misunderstanding.
Thing is my friend KNOWS it was she that typed that to send to someone and it was she who mistakenly sent it to him. For him, im no dey do again.

Confessions - Purges the heart of cobwebs

Twenty-five years ago 53-year-old Clifford W. Eagle helped commit murder. He kept it a secret until last week.
Eagle, homeless and living in Montana, walked up to a police officer in Billings, Montana, on April 18, and confessed his involvement in the murder of Leo Boyd Reasoner, a commissioner in Haskell County, Oklahoma, at the time. Reasoner was found in his pickup truck with a bullet wound to his temple on June 25, 1987. 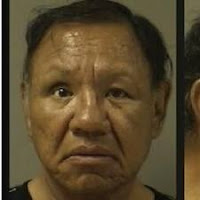 As in, this man carried this secret around with him for 25 full years and then suddenly, one day, he decided it was enough. That he needed to purge his heart and soul. That he needed to set himself free. He stopped and let it all out. Even though he knew quite well what this kind of confession might do to him.

So many times, at so many points in our lives, we feel like saying something about something. We feel like letting out. But then, we stop ourselves. Probably cos we think of the consequences our honorable action will bring. How it will hurt someone most especially those we love dearly. We keep quiet.

We may never know why this man chose to bring up this issue that was seemingly dead, after all this while but one thing we know is that he has and he may now feel better. Some of the suicides we hear of may have stemmed from something like this - not being able to carry any longer a weight on the mind.

My thoughts: If you feel you cannot carry that weight anylonger, let it out! Better to deal with the consequences than to be blamed for enternity by ur family for taking your life.

(On the other hand, imagine this guy carried out this confession to a Nigerian policeman. JUST IMAGINE)
Posted by Amaka's Notepad at 08:29 6 comments:

Stage names - How do people get them sef?

Hiiiiiiiii Everyone!!! Wow! It been ages! Did you miss me? *looking round* yes? yes? no? (just tell me you did even if you didnt. plsssss. *wink*)

Lots of things have been going on around me. But that is story for another day. 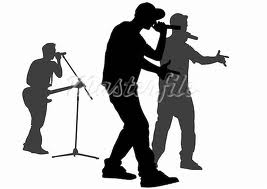 What i want to talk about today is stage names. I was going thru LIB and saw some aspiring artistes scheduled to compete in one concert to be held soon. The names of these artistes kind of made me laff - and think.
Names like Eclipse, Dizzy, Rage, Emperor Trench. I now sat back to remember other well known artistes that have odd names as well - Tuface (love him so much by the way), Timaya, Faze, ill-bliss, jesse jagz etc. Lets not even talk about the foreign artistes sef!  My question now is - HOW DO PEOPLE PICK OUT THEIR STAGE NAMES??? Especially when the stage names have absolutely nothing to do with their real names. Do they just look round and the 1st thing that pops into their heads become their names?

I think and think and think and i cant figure out what my stage name would be if i someday become an artiste.
Can you help me out? Cos you never know, i just might discover that my talent is in the creative arts. Anyone that gives me a great stage name will share in my 1st million and recording contract *wink*

Also, what would be your own stage name if you were to choose?

Do have a lovely work week guy.